The War Against the Jews 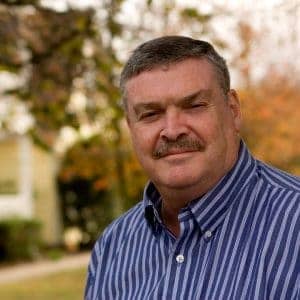 “The Egyptian, the Babylonian, and the Persian rose, filled
the planet with sound and splendor, then faded to dream-
stuff and passed away; the Greek and the Roman followed
and made a vast noise, and they are gone; other peoples
have sprung up and held their torch high for a time, but it
burned out, and they sit in the twilight now, or have vanished.
The Jew saw them all, beat them all, and is now what he always
was, exhibiting no decadence, no infirmities of age, no
weakening of his parts, no slowing of his energies, no dulling
of his alert and aggressive mind. All things are mortal but the
Jew; all other forces pass, but he remains. What is the secret
of his immortality?”
Mark Twain

The war against the Jews has been waged from the dawn of history and is relentless until this very day. It is a saga of

great proportions and significance though many fail to see it or appreciate it. It has one goal in mind and that is the liquidation of the Jewish people and the Jewish state. The world wants a new world order that is “Juden rein” (free of Jews). The attempt to murder the Jews has taken many forms including open hostility and wickedness as we witnessed in the Second World War; although, unable to achieve this end by conventional war, in recent years this attack against the Jews has been political and very often couched in the language of peace and political intrigue. It is waged according to a narrative that is inaccurate and pure myth but one that is accepted in most circles as truth. Just the idea, for instance, of Israeli occupation of Arab lands is totally untrue but accepted everywhere. The Palestinians never ever had a state in history and the ground they claim for a state was in fact occupied for centuries by the Ottoman Turkish Empire and then illegally by the Jordanians from 1948 to 1967. Before that from 1917 onwards it was mandated to the British Empire as a consequence of the First World War. Indeed the restoration of the Jewish state in 1948 came into existence by the will of the international community expressed through the United Nations but previously ratified by the San Remo Agreement of 1922. Of course these facts mean nothing to those who seek only the destruction of the Jews and Israel.

Today Hamas, Hezbollah, Fatah and all their fellow travelers are fully committed to the liquidation of Israel. This fact is not hearsay or rumor, no it is enshrined in their charters and confirmed by their statements; made frequently in the Arabic speaking press. The school books and TV programs for children in the Palestinian Authority and in Gaza, and indeed all over the Arab world, constantly demonize the Jewish people and Israel and thereby incite their impressionable minds to hatred.  In addition, all over the Muslim world the “Protocols of the Elders of Zion” are routinely printed and distributed and regarded as fact even though this work has been discredited as a forgery and sadly the most read book on contemporary political history is Hitler’s, “ Mein Kamph.”This too is on public record and all of this can be verified by a visit to the website of Palestinian Media Watch, MEMRI and Amazon books. It’s all out in the open for all to see. The Jews are likened to pigs and apes and suicide attacks against them are glorified as the ultimate goal in life! Those who carry out this goal are honored by having streets and squares named after them in Palestinian towns and cities and it is believed that they have instant access to paradise accompanied by erotic pleasures.

This same radical Islamic menace collaborated with Hitler in the hope that his triumph would also bring about the complete annihilation of all Jews. He came close but thank God was defeated and yet today the world community expects Israel to sit down and make peace with “Hitler!” That is, with people who fully embrace his vision and seek to complete it. Hamas and Fatah now have a unity agreement that, according to the Hamas leadership must go further by pursuing the total destruction of Israel and the murder of Jews everywhere. All of this is the backdrop to the awful events unfolding in Europe today and as we have now witnessed especially in France in terms of the Charlie Hebdo massacre and the hostage taking and slaughter of Jews at the Hyper Cacher super-market. Intimidated by their large Muslim communities the Europeans have tolerated attacks against Jews for years but because liberal politicians deny the sinister goals of the Islamists they have largely turned a blind eye until now. The events in France have now awakened the appeasing Europeans to the fact that they too are the target of Jihad and in the end, like the Jews, are just infidels that have to be subdued or killed! The warning signs were always there and yet these were ignored because they came for the Jews first and no one really cared but now they are coming for everyone and I fear that it could be too late for Europe. The Jews, however, have a homeland to go to that is thriving and secure; in spite of the rough neighborhood in which it is situated. The State of Israel is their refuge and now the 11th Aliyah is about to take place. Hundreds of thousands of Jews will leave Europe and even England and go home to their ancestral dwelling place; the hills plains and valleys of Zion. Just seventy odd years after the Holocaust the Europeans have again betrayed the Jews. This is sobering indeed and the events now unfolding in the Ukraine are just as troubling. Jews are being targeted for the misfortunes of the Ukrainians as that country is progressively being invaded and conquered by Russia. Will the west stand up and stop this aggression? The answer is no. So, the Jews will leave and go home. Thank God!

Sadly, a world without a moral compass and unable to identify evil is therefore pressurizing Israel to make what would be a suicide pact with a new version of Nazism! Many of the nations pushing for this would not do it themselves but somehow it is good enough for the Jews! One has to wonder why all this is happening? Are these people stupid, just ignorant or is there another agenda being followed? Or, maybe still there is a spiritual reality behind the War against the Jews!

The God of Israel

Given that the very essence of sin is rebellion against God, not only in terms of where He is and what He is but also who He is, it is therefore  not surprising that anything that reminds a rebellious world of God will also be attacked. This is the nature of sin that lurks in the heart of every human being. If then this God calls into existence a people to reflect His character and take His name one can expect this people to be the target of rebellion or evil. From the very day of Israel’s calling and close association with the only true God this war began and it has never stopped. It separates and divides the world and as long as the Jew exists it will rage. It is a desperate war and, if it were not for the faithfulness of God, the Jews would have vanished a long time ago. This is the answer to Mark Twain’s question in the quote above. The war against the Jews is in fact a war against God Himself!

Note the first four verses of Psalm 83:
“Do not keep silent, O God!
Do not hold your peace,
and do not be still, O God!
For behold, Your enemies make a tumult;
And those who hate You have lifted up their head.
They have taken crafty counsel against Your people,
and consulted together against Your sheltered ones.
They have said, “Come, and let us cut them off from
Being a nation, that the name of Israel may be remembered no
More.”

It is to be noted that the enemies of God strike out against Him by making War Against the Jews!  This war will then not stop until the evil in the human heart has been overcome by redeeming love or destroyed by judgment! Needless to say, the honour and existence of the only true God is at stake in this war and thus Israel will never be destroyed because God Himself, the God of the Bible, has vouched safe her existence! This is the promise of His word. We however are invited to “show our colors” by standing with and praying for Israel. In this we don’t work for God but with Him against those who, from generation to generation, pursue the “War Against the Jews.” Like Corrie Ten Boom, Raoul Wallenberg, Dietrich Bonhoeffer and many others of the Second World War era, we will help the Jews go home by supporting the “Great Return” or Aliyah of the Jews to Israel. We may be few in number as they were but we are on the right side of history as they also turned out to be.