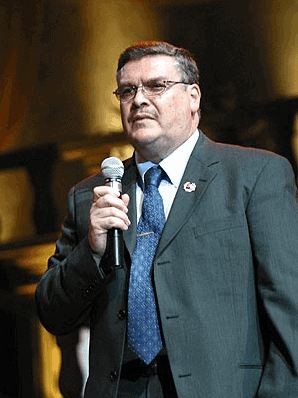 Malcolm Hedding is an Ordained Assemblies of God minister and church planter, starting many churches throughout South Africa from 1975 – 2000. Malcolm is a tried and proven leader of local congregations, bringing to his ministry a unique understanding of local church life.

Currently Malcolm serves as one of the Associate Ministers of World Outreach Church. He is considered a leading theologian in the Christian Zionist world today. His long years of involvement in this sphere, beginning in 1976, have earned him much respect and the esteem of his peers within the Jewish and Christian world.

He is an acclaimed International speaker on Israel and the Church in these crucial and challenging times. Malcolm travels extensively, revitalizing the Church in terms of their role in these days. Given his unique and vast speaking forums around the globe, Malcolm has a view and understanding of the Body of Christ that few get or have. He has published several books on Prayer, the Book of Revelation, Understanding Israel and a foundational series on Biblical Christian Zionism that has been translated into German, Finnish, Nepalese and Mandarin. He is a prolific writer and regularly contributes to magazines and papers of various types including the Jerusalem Post, the Christian Edition. Malcolm is also asked to speak regularly on radio shows and Christian broadcasting Networks.

Malcolm holds a Bachelor in Theology degree and two Diplomas in Theology. He is married to his high school sweetheart Cheryl. They have three children all of which are serving the Lord and involved in Christian ministry. He has been given many awards over the years for his service and ministry to the Lord and has even been crowned an African King!

Malcolm Hedding is a dedicated servant of Christ and seeks to glorify Him in all that he does.