The word most heard now or mentioned in publications concerning Israel is, “Isolation”. The now infamous Flotilla incident, which had more to do with an anti-Israel agenda than with humanitarian aid for the beleaguered residents of Gaza, has empowered the anti-Israel left and enabled them to make increased calls for Israel to be isolated. The enemies of Israel have used this incident to further broaden out their attack against Israel at every level. They are sadly supported by much of the global press and the ever vocal radical political left. 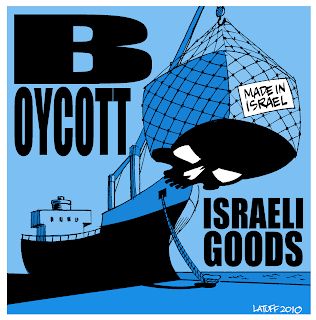 As a consequence, labour unions, in many parts of the world, are refusing to off load ships with Israeli products on them and historical Christian Church Movements such as Presbyterians, Anglicans and Lutherans are intensifying their calls for disinvestment in Israel.

This “attack” is so widespread, sustained and sadly effective that the “average Joe” everywhere is buying into it or, because of pressure and intimidation, giving into it. The result is that organizations, like the International Christian Embassy Jerusalem and others, that stand with Israel are being branded as misguided and viewed as suspect.

This is the climate in which we now operate. In short there is a sustained campaign to delegitimize and dismantle Israel and those who defend her are targeted in the same way. However, we are not moved or persuaded by public opinion but by the Word of the living God. We are thus convinced that Israel’s modern day restoration is not a political coincidence but rather evidence of God’s faithfulness to His word and promise made to Abraham some 4000 years ago. We will stand firm in our support of Israel and her right to exist in and enjoy the land that God forever gave her. (Genesis17:7-8) This includes proclaiming that Jerusalem is and should remain the undivided eternal capital of the Jewish people. Israel’s claims in this regard are beyond dispute. 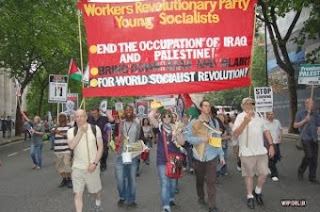 However, the delegitimizing campaign against Israel has brought together radical Muslims and radical leftists in the western democracies. These are very strange bedfellows as Islam’s well documented abuse of women, honour killings, execution of those from its ranks who convert to other religions, and agenda to introduce Sharia Law wherever it gets a foothold are blatant contradictions of the left’s thinking and very public positions. So, why would “the left” turn a blind eye or tolerate such blatant contradictions of their philosophical world-view? The answer is simple; they unite with radical Islam in their hated of Israel and desire to see her removed from the Middle East.

So, what could be at the root of this mad hatred? Only one thing, anti-Semitism! The hatred of things Jewish is an old deadly malady of the human heart that is so intense that it will unite the most unlikely groups and people. This is a disease of choice. It is not a sickness but a deliberate decision to persecute, hound and destroy Jews. It involves people of all stations of life and thus is not a respecter of persons. The new target of those filled with this hatred is the “corporate Jew” or Israel. By this means they disavow ant-Semitism and affirm that their attack against Israel is legitimate because of political concerns. This is the big lie! These people hate all things Jewish, they propagate the age old lies of the Protocols of the Elders Zion and buy into anything that denies the Holocaust and they will not stop until they have achieved their goals.

Their narrative denies history, twists the truth and even denies any Jewish connection to Jerusalem and the Temple Mount. Nevertheless, the liberal left marches hand-in-hand with them! Meanwhile, smelling weakness in the American Administration, Ahmadinejad of Iran has stepped up his war against the Jews by prompting Hezbollah into armed conflict with Israel on her northern border and, on the web, he has initiated a new project that by the use of cartoons denies the Holocaust. The message is clear; the Jews were never exterminated by anybody but now they deserve it! When will the madness stop and who will step up to oppose it?